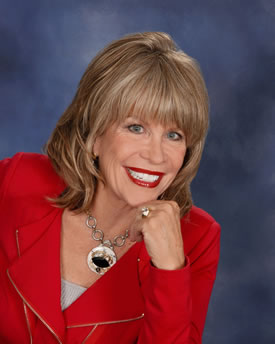 Rev. Sandy Moore co-founded the Center for Universal Truth, now known as InSpirit Center for Spiritual Living Orange County, in May of 1999 with her husband, Rev. Kirk, who is the Center’s music director.

That foundation helped her to survive and triumph over the most excruciating pain a woman can experience — the loss of a child. Her journey to the ministry began in 1992 after the tragic, sudden death of her teenage daughter, Tara, in a car crash.

Following Tara’s death, Sandy and her husband Kirk uncovered a fascination that Tara had for angels. Grief-stricken and searching for answers, the couple opened an angel store called Tara’s Angels, in San Juan Capistrano, as a way of honoring their beloved child. The specialty shop and the Moore’s story was widely covered by both local and national media, including a cover story in People Magazine and an in-depth piece on the TV news magazine, Dateline.

Tara’s Angels soon attracted people from all over the world. Many people came to share their own grief and talk about the loss of a loved one. There were so many people that Sandy started facilitating a regular support group at the store. At the time, Sandy had enjoyed 20 years as an elementary school teacher. With encouragement from her husband and members of the support group, Sandy completed her ministerial training and the Moores founded The Center for Universal Truth in Mission Viejo on Mother’s Day in May 1999.

In January 2002, the Center relocated to a larger home in San Juan Capistrano to accommodate its rapidly growing membership. The Moores also made the decision to close Tara’s Angels so they could focus more on their growing Center ministry. In 2007, the name was changed to Center for Spiritual Living Orange County. In May 2009, with a new name, InSpirit Center, relocated to Mission Viejo to accommodate our continuously growing congregation.

Rev. Sandy is the co-author with her daughter Deanna Moore of The Green Intention: Living in Sustainable Joy. 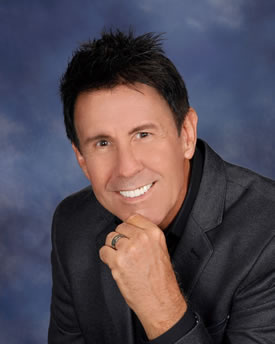 Rev. Kirk Moore is the co-minister and Music Director at InSpirit Center for Spiritual Living Orange County established in May 1999.

Kirk is a native Californian, born and raised in Redondo Beach, California. Kirk and his wife Sandy, the founding minister, raised their two daughters in Los Angeles County and Orange County. Tragically, their older daughter, Tara, was killed in an automobile accident in 1992 at the age of fifteen.

Kirk has studied piano and music since the age of four and was quite involved with musical theatre during high school and college. In 1972, he created his own band, Moore & More that performed in clubs throughout the Los Angeles area.

When Kirk lost his fifteen-year-old daughter, his life took on a new dimension and his life course was altered forever. Kirk and Sandy opened a store in San Juan Capistrano in 1993 called Tara’s Angels, which experienced worldwide attention through numerous television appearances and the cover of People magazine. The store became a haven for healing and understanding by those who came to visit. Eventually, spiritual classes were offered in the store during the evening.

Kirk has authored two books, which are non-fictional accounts of his spiritual odyssey and evolutionary life: One Family’s Extraordinary Journey of Courage and Healing and Tara’s Angels.

From all the people who visited the store and wanted to learn more about the spiritual universe, it was a natural progression to create a spiritual center. In May of 1999, The Center for Universal Truth was born.

Kirk, with his in-depth and experienced musical background, became the musical director and an integral part of the Center and its continued growth. The Center has a band, on-staff singer, various musical guests and a dynamic choir. Kirk continues to grow the music program as the Center grows and flourishes. Kirk teaches classes and is very involved in special programs at the Center.

Kirk is an integral part of the leadership at InSpirit teaching, developing inspirational music all in an effort to continue creating a place of love, healing and inspiration. 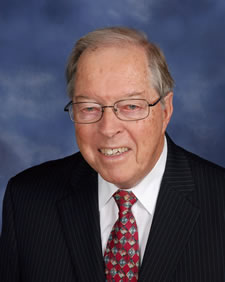 Rev. Roger Juline, D.D., although technically retired, is currently active in the Centers for Spiritual Living as well as his local center, InSpirit Center for Spiritual Living. He is the Education Minister in charge of the accredited education program at InSpirit.

For six years, he served as President of Holmes Institute, the accredited Masters of Consciousness degree program, which is the official ministerial training program for Centers for Spiritual Living. He also served for over 10 years as Assistant Minister of the Sanctuary for Spiritual Living in Covina, CA. Rev. Roger teaches classes, leads workshops and serves on several Boards and committees, supporting the teaching of Science of Mind. He has written for Science of Mind Magazine book reviews, Daily Guides and articles, as well as conducted interviews.

Rev. Roger teaches classes both for the School of Spiritual Leadership and several local churches in subjects such as Church Financial Management, Historical Foundations of New Thought, Metaphysical Bible and various certificated courses of Centers for Spiritual Living.

Prior to ministry, Rev. Roger enjoyed a 33-year career in the banking profession holding executive positions with several banks in the Southern California area. He holds degrees in philosophy and theology and spent two years studying in Rome, Italy earlier in his life.

Rev. Roger lives in San Clemente with his wife, Kathy Juline, who is a licensed practitioner at InSpirit.

Join us on Sunday morning!

Donation via paypal from your visitors